The glove box is a laboratory apparatus that charges the high purity inert gas into the box and circulates the laboratory equipment of the active substance in which it is filtered out. Also known as a vacuum glove box, an inert gas protection box, etc.

Use of glove box

The glove box operates to isolate air to experiment, such as metal lithium, in case of oxygen, and some reactions need to be carried out in an inert gas such as an argon environment. Use lead and lead glass to protect with lead and lead glass using open (no shield). Protect the experimenter from harm to toxic chemicals. It is thorough than the ventilator, but it is more inconvenient to operate. Mainly used in a particular toxicity. Performing experiments that may cause serious biometric hazards, such as strong bacteria.

The glove box is mainly composed of two parts of the main box, the transition chamber. If the user has other special requirements, it can also be designed and manufactured as needed.

There are two (or more than two) gloves on the bodies of the glove box, which is distributed in front of the box (or both sides of the front and rear), which allows the operating case to operate at the same time, improved The use efficiency of the box. In addition, there is a viewing window in front of the glove box case, and the operator can clearly observe the operation of the box, so that the operation process is intuitively present in front of the operator. There is a pumping and inflatable nozzle on the valve of the glove box transition chamber, which can be accessed when you need to pick up or inflate. The glove box is also installed on the main box. There is a valve and nozzle, and the user can use when it is necessary to maintain the air pressure balance, can be used (the three-way valve between the glitter port can be used when necessary) . The sunlight is installed on the front viewing window of the main box. 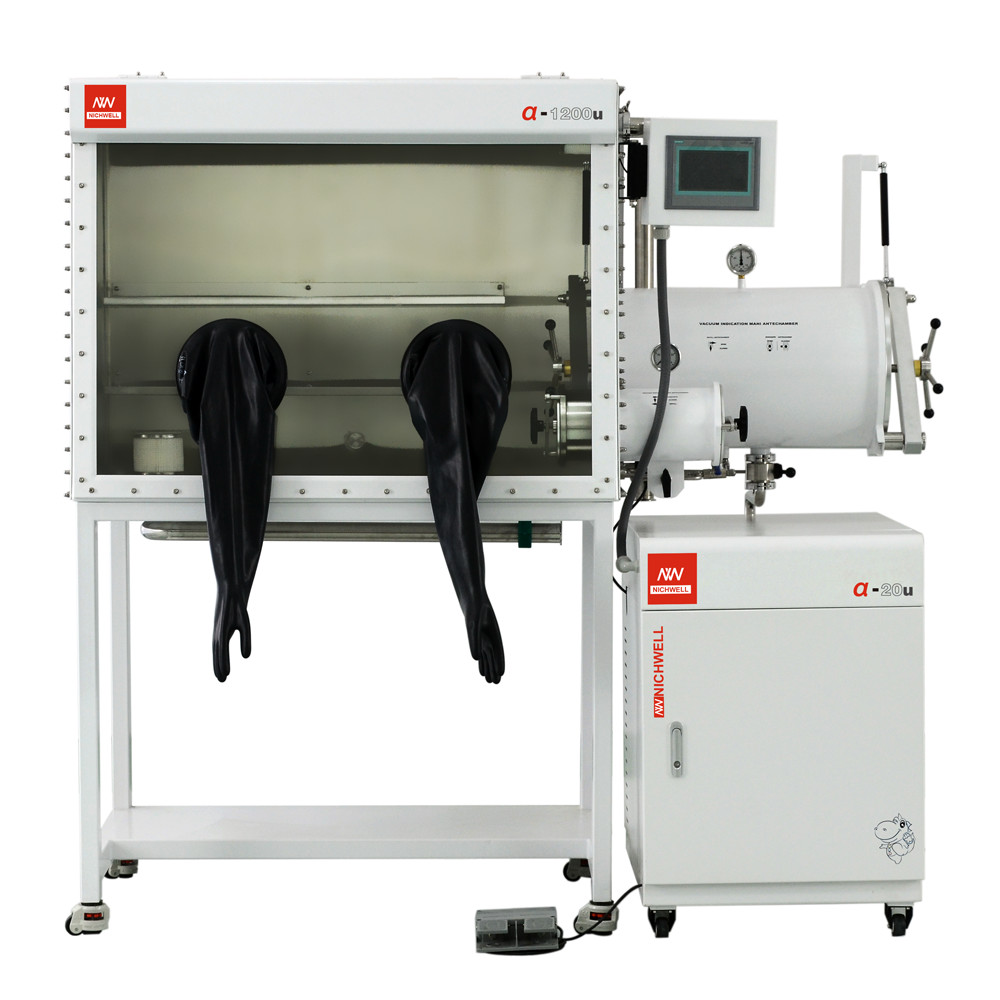